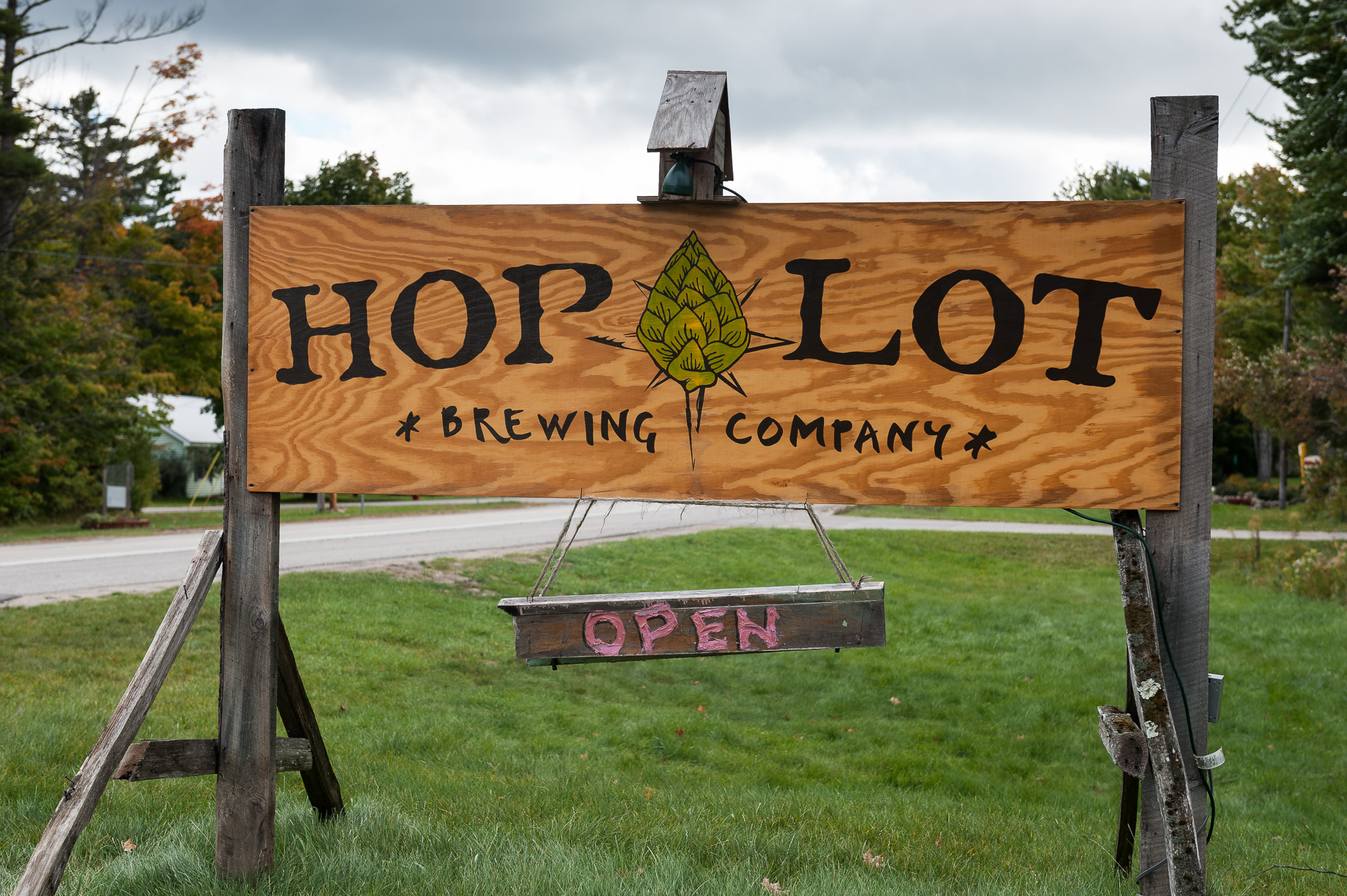 On Friday, October 9th, we adventured up north and visited Sutton’s Bay. The Hop Lot Brewing Company was recommended as a place to eat in the area so decided to enjoy an early lunch.

Hop Lot is a fun restaurant with a lot of character. The building reminded me of a small mountain lodge and appeared right at home in northern Michigan. Two brothers, Steve and Drew Lutke, originally from Holland Michigan and later living in Chicago returned to Michigan to start this unique four-seasons Microbrewery and Beer Garden. The restaurant has only been opened for six months and showcases 10-14 taps with main stays and rotating taps. We had our two chihuahua dogs, Gucci & Tucker, with us for this adventure so I had called a few days in advance to confirm we could utilize outside seating with the dogs in the Dogger carrier. Upon arrival, I received a friendly greeting and explained about the dogs. The waiter stated this should not be an issue, however he quickly went to confirm with one of the owners. He returned shortly and told me we were welcome to sit anywhere outside. The Beer Garden outdoor seating is quite unique with several long rustic wood picnic style tables in the back of the restaurant. A large fire-pit in the middle area had a cozy fire in place which was perfect on this cool fall day. Several other tables include smaller fire-pits for use when the occasion arrived. The back corner features a bar area with multiple beers on tap. There is also a stage area where live music plays when scheduled. On the side, you could see the hop garden which is quite a sight. Hops are very long vines hanging in the sky that float down to the ground. We discovered this was the first season and next year Hop Lot should have house beer available and more to come in the following year. Garrin ordered the pulled pork sandwich with chips and I ordered a grilled cheese with tomato bisque soup. The food arrived promptly and was served hot. Garrin’s pulled pork sandwich was flavorful though only served on a standard hamburger bun. My meal was tasty but the sandwich portion was a little small. Garrin sampled the Highway Robbery beer and enjoyed it very much. My favorite part of this meal was ordering the s’mores kit for only $1.00 each. You are given two marshmallows, a graham cracker broken in half, a piece of chocolate and a roasting fork. You then may enjoy roasting your marshmallow over the fire-pit. This is one of their most popular menu items and I can see why. It was a perfect and fun way to end our adventure at Hop Lot. I do recommend checking this place out if you are in the area.