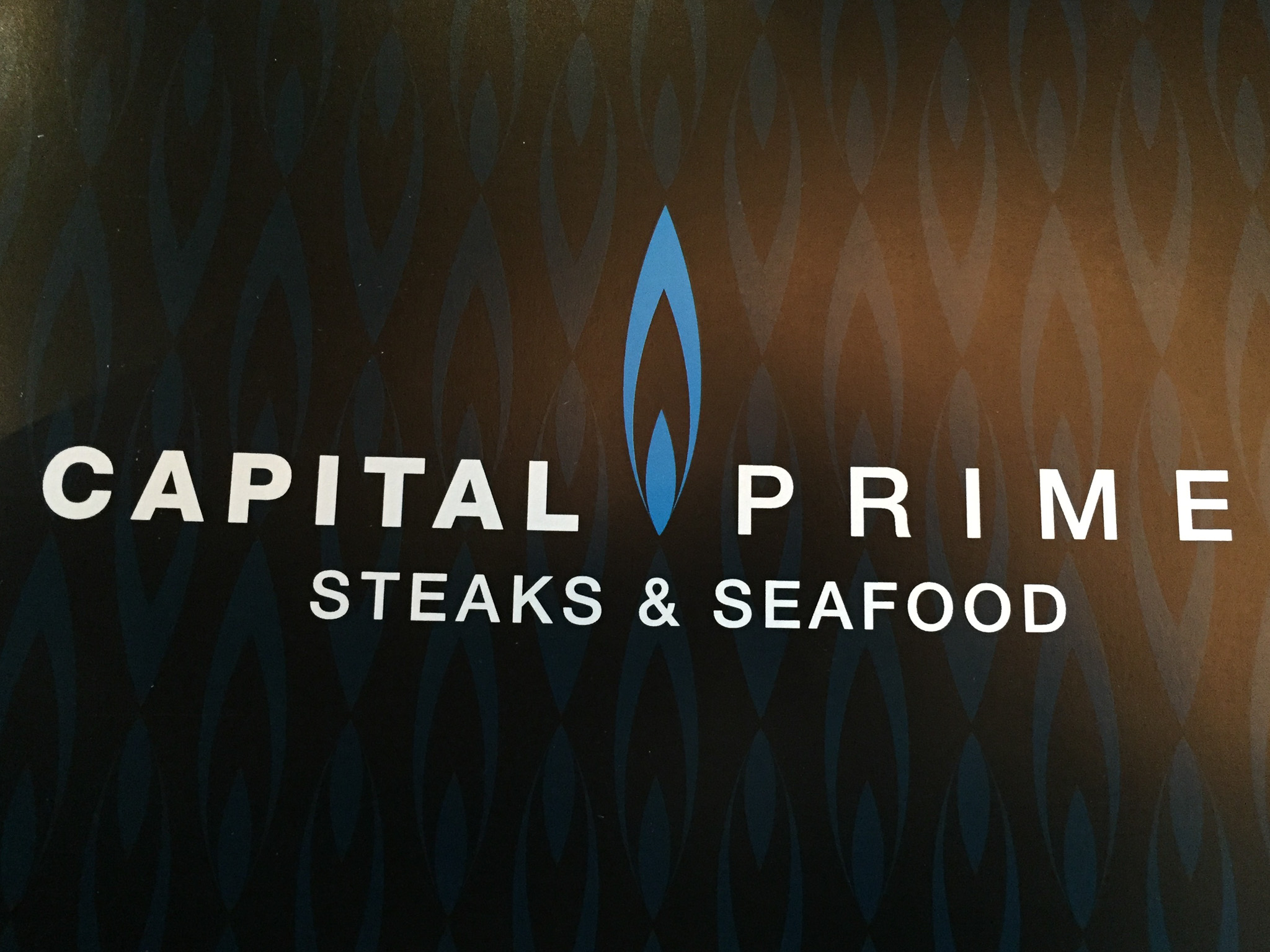 It was Garrin and my 17th wedding anniversary this past Sunday so we decided to celebrate and try a new highly recommended restaurant called Capital Prime. Capital Prime is located in the Lansing area and is known for their steak and seafood.

We had made reservations for an earlier dinner and upon arrival were quickly seated. Capital Prime features a modern elegance with a monochromatic decor. It is upscale but relaxed using classy place-mats on the tables versus linen tablecloths. The restaurant was pleasantly quiet and uncrowded allowing us to engage in conversation during our meal.

Our waitress was attentive and friendly from the start. We ordered drinks and decided to try an appetizer. My Mom had recommended the Scallops Rockefeller and the waitress confirmed it is one of their most popular choices so we decided to try it. The appetizer arrived promptly, fresh and hot. Scallops Rockefeller offers scallops baked with a creamy spinach, bacon and breadcrumbs and topped with a parmesan crust. It was quite delicious however very rich so I could only enjoy one. On Sundays, Capital Prime offers a Prime Rib Special in both Queen and King cuts. I decided to order the smaller queen cut (12 oz) served with au jus, roasted potatoes, vegetables and soup du jour or salad. I wanted to taste their french onion soup so asked for that instead of the soup du jour.

The soup was excellent and not overly salty. My Prime Rib was cooked to perfection and melted in your mouth. The roasted potatoes were also a favorite. Garrin ordered the Prime bone-in Rib Eye with Zip sauce, seasonal vegetables and Boursin whipped potatoes. He also tried the Seafood Chowder soup showcasing fresh fish and crustaceans in a spicy tomato broth. Garrin enjoyed his meal as well though the steak was prepared a bit over the requested medium rare.

Through-out the meal, the service was excellent both efficient and friendly. We really wanted to try dessert, however we were both pretty full so we decided to order a slice of carrot cake to share at home later that evening.

The menu is pretty extensive offering quite a few selections that I’d like to try. The meal was expensive with a final bill near $175. We did have a gift card to use which reduced the amount paid. We also had a few drinks, appetizer and desert so obviously you would be able dine for much less if desired.

Capital Prime offered a very pleasant dining experience and the food was quite good. I look forward to adventuring there again.