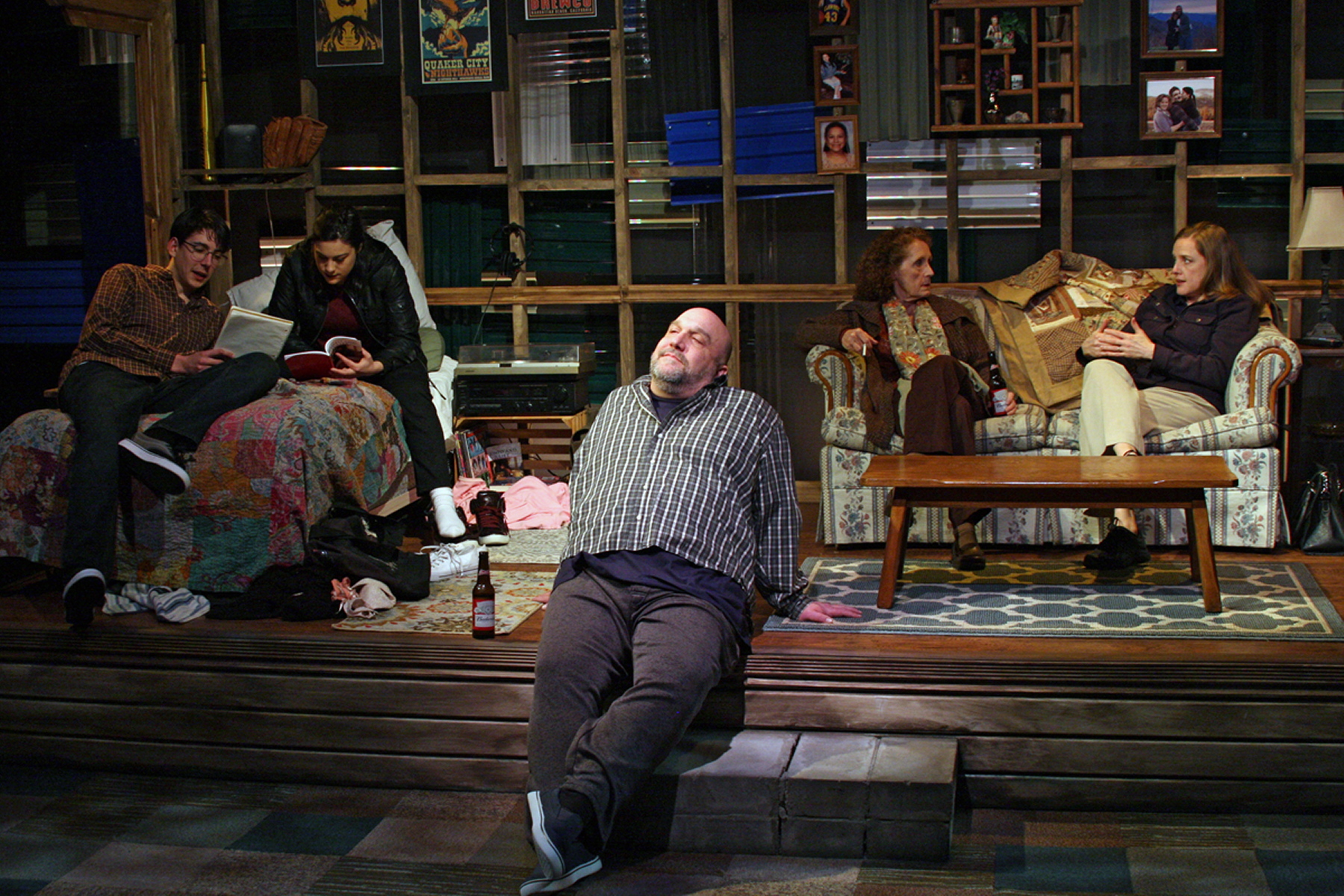 Williamston Theatre’s production of Doublewide is a touching family story about love and the desire for more; wanting to give your children more than you had and leaving the world a better place than you found it. The message is thought provoking, heart wrenching, and profoundly hopeful; audiences will laugh, cry and ponder what they would do for love while admiring how the characters remain positive despite facing their challenging circumstances.

Stephen Spotswood’s script delivers a poignant, honest and unpretentious view of the American working class striving for a better life; a life deserved. In society, the struggling working class–living just above the poverty line, is often overlooked both artistically and economically. The play’s realism and gentle humor ask us to see the warmth and value of all types of people and it is a humbling experience. It ignites the spirit to cheer for this family while watching this theatre production. It may surprise you how this story hits home and stays with you long after the curtain closes.

The story: Jim Starkey’s version of the American Dream is a modest one: to build a home on his one-acre plot of land and replace his doublewide trailer with something that he and his wife Sharon can leave for their daughter, Lorelai, to inherit.  When a highway expansion project shatters their plans, Jim and Sharon have differing plans on how to make their dreams come true, and Lorelai has to consider what kind of future to build for herself. A heartfelt and funny exploration of how far one family will go to hold on to their dreams… and each other.

The play is directed by Williamston Theatre’s Artistic Director, Tony Caselli and he is enthused about the script, cast and crew for this production. Doublewide illustrates his favorite type of script as Caselli summarizes, “It’s got three things I love in theatre. I think it makes people laugh, it makes people cry, and when you’re done, it makes you want to call the people you love.” 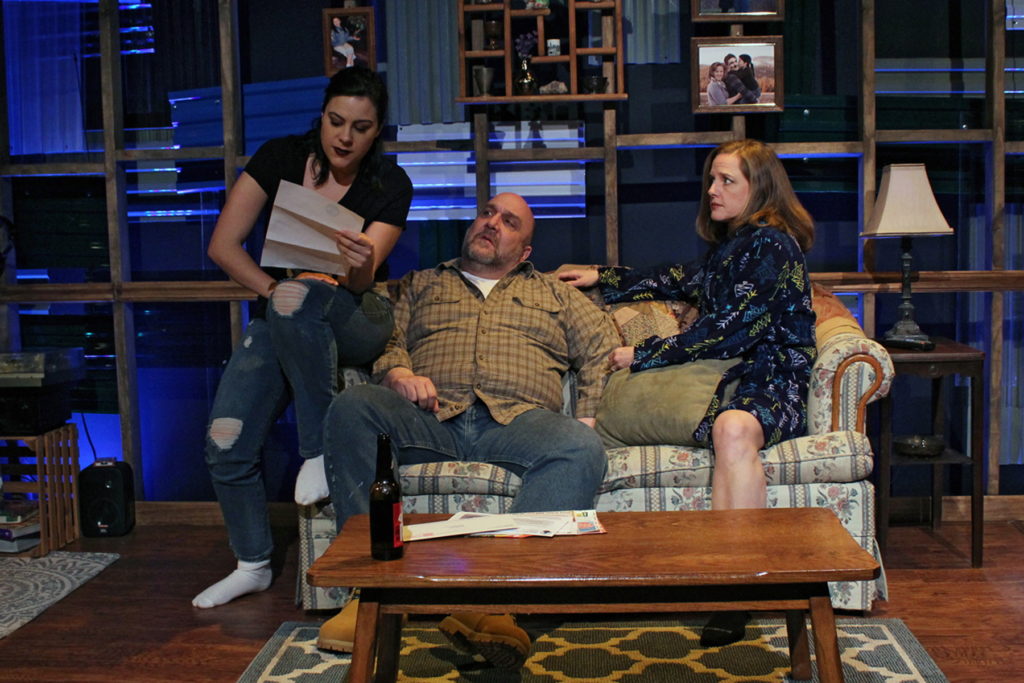 Doublewide is National New Play Network Rolling World Premiere and Williamston Theatre is the fourth and final location. The play was staged at Florida Repertory Theatre (Fort Myers, FL), Florida Studio Theatre (Sarasota, FL) and Vermont Stage (Burlington, Vermont) during the past ten months. Spotswood, a DC based playwright, traveled to all the theatres and polished the script with each director and cast. The Williamston cast has received three versions of the script since the beginning. Caselli shares that the play has been nicely trimmed through-out the process with a reduction estimate of twenty pages and significant changes to the script’s ending.

Williamston Theatre features this World Premiere production in collaboration with Michigan State University. The cast showcases, Joseph Albright as Big Jim (It Came From Mars & Guys on Ice), Katelyn Christine Hodge as Lorelai (WT Debut), Brenda Lane as Coral (Too Much, Too Much, Too Many), Sean McKeon as Chuck (WT Debut) and Emily Sutton-Smith as Sharon (Summer Retreat; Too much, Too Much, Too Many as well as being the Development Director of WT). Caselli shares about the casting process and how he instantly knew some of the actors desired upon reading the script. He asked Albright, Lane and Sutton-Smith to perform their roles and held auditions for the MSU student parts. Hodge and Mckeon just stood out in the audition process. It just simply fell into place.

The director and cast are truly excited about the story and their first reactions to the script. The script offers a realistic texture with relatable characters. You may have overlooked people like this in your life and this story will make you stop and think. Hodge shares, “I just remembered that it is real, real people situations and lives. And I immediately thought my character Lorelei was a total bad ass so that was really cool to be given an opportunity to work with a role that is so much more forthcoming than I am. She is very forward and may not always know what she wants but knows what she wants in the moment, which is sometimes hard for me.” Sutton Smith adds, “I loved the dialogue. I recognized these people. I knew it would resonate with our audiences.” Albright concludes, “I loved it when I read it. My first thought was we need more plays about these people. Not just these people specifically but people who struggle; people who are doing everything they can to make a living, where they are treated with respect in the play as well as this family is. These are some of the people we live and work amongst and either demonize, politicize, or make fun of and I think this play shows the very human side, a family- oriented side and that they are fine, upstanding, lovable human beings regardless of their status in society.” Caselli summarizes it quite simply, “It’s a play for me that revels in the importance of connections with other people, family and love and issues that are really important to me. We have a tiny unfinite amount time on the planet and what we have is each other and that little bit of time. What are you doing with it? With luck people will go away wondering how we treat each other and if we could be better at that.” 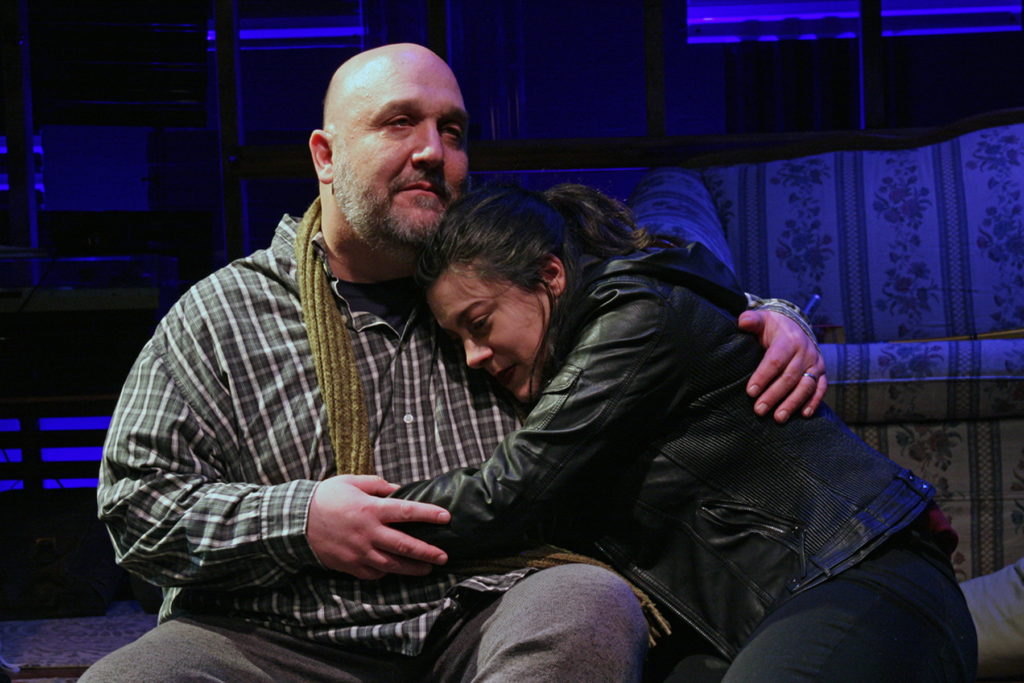 When discussing the production and the characters, the camaraderie and enthusiasm is contagious with this team. Caselli shares, “I love the opportunity that this play gives to present a lot of realistic things in a very theatrical way. It is a really beautiful story that I have enjoyed telling with a great team of people.” The cast has embraced their characters and appear enriched from the experience. Hodge states, “Lorelai, my character goes through so much through the process of the show. It has been a long time since I had a role with so much depth. To explore people that I may have mistook and misjudged in the last couple years. It has been very humbling and made me take a step back and look at my own life—how I am spending it and who I am spending it with. And are those the people I want in my unit.” Albright adds, “Big Jim, my character has an incredible sense of what is fair and he wants to fight for that. I also really love his dedication to his family. That is where he lives and where his struggle lies.” Sutton- Smith shares, “My favorite thing about Sharon is that she’s a coper. She doesn’t hem and haw, she just gets on with it. She gets things done. And she takes care of her family, who she loves fiercely.”

Williamston Theatre showcases an abstract beautiful set by Kirk Domer which illustrates the Doublewide trailer family home. It feels authentic with Lorelai’s bedroom and the family room prominently displayed, however it still hints at locations at the same time. It is unique with no actual doors or windows on the set. The actors actually lost and replaced a few props during the rehearsal process with items falling behind elements of the set backdrop. The design truly delivers the theatrical feel of the production and allows the audience to use their imagination as well. It offers an abstract version of both the inside and outside of the Doublewide in an inviting way and establishes where these characters live.

Audiences watching Doublewide will easily relate to the story and feel what the characters feel. You will root for this family. It will remind you how important your family is and what family will do for each other. The performances are moving and will haunt you long after the performance ends. You will leave the Williamston Theatre caring about the people in the show and even more importantly, the people around you. You may think differently after seeing this show; raising questions with a different perspective than when you arrived. This production is the perfect combination of what makes a truly wonderful night of theatre. Don’t miss checking out the show by ordering your tickets here.